Since Halloween falls on a Tuesday this year, we'll be celebrating with festivities all weekend long! To get you in the spirit, Summerset Inn thought it would be fun to share with you some interesting facts about Halloween, it's history and traditions. 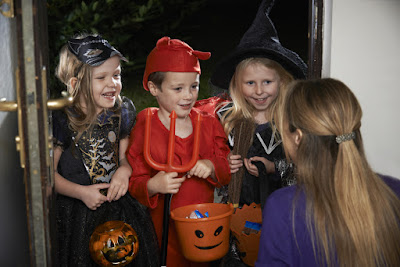 1. Trick-or-treating is traced back to the European practice of "guysing" in which costume-wearing participants would go door-to-door performing choreographed dances, songs and plays in exchange for treats. In early versions of trick-or-treating, men paraded door to door, with the boys following, begging for coins. Most of these trick-or-treaters were poor and actually needed the money. This begging mostly stopped by the 1930s, but re-emerged later to distract children from pulling Halloween pranks.

2. Halloween is actually more Irish than St. Patrick's Day, as its roots come from the Celtic festival for the dead, Samhain. On this day, the Celts believed the ghosts of the dead roamed the Earth, so people would dress in costumes and leave "treats" on their doorstep to appease the roaming spirits. This Halloween tradition was eventually disrupted and adapted by Christian missionaries into celebrations closer to what we celebrate today.

3. Originally, Jack-O-Lanterns were made from turnips, beets and potatoes. According to Irish folklore, a man named Stingy Jack tricked the Devil into agreeing that if he ever died, his soul would not be claimed for hell. When Jack died, God decided he wasn't fit for heaven, so his soul was left roaming the Earth with only a burning coal for light. Jack put the coal in a turnip as a lantern. Based on this myth, the Irish carved scary faces into turnips, beets and potatoes to scare away Stingy Jack and other spirits. 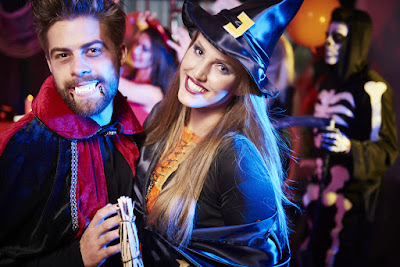 4. Halloween used to be considered a great night to find your soulmate. In some parts of Ireland, people celebrated Halloween by playing romantic fortune-telling games. These games allegedly predicted who they’d marry and when. Since Halloween was one of the main celebrations of the year where young people could mingle with the opposite sex, it was also considered a good day to scope out a sweetheart.

5. Halloween was originally referred to as "Cabbage Night." This came from a Scottish fortune-telling game, where girls used cabbage stumps to predict information about their future husbands. Many teens however skipped the games and simply threw the cabbages at their neighbors. Some pranksters in the northeastern United States keep up with this stinky tradition of collecting rotten vegetables and leaving them near their neighbors' doors.

Happy Halloween from Summerset Inn Resort! We hope everyone has a fun and safe Halloween with their families and friends. While our Lake of the Ozarks resort is closing for the season this month, we can't wait to host you in 2018. Get a jump start on next year's vacation planning by reserving your dates now. Call 573-3448-5073!