July Events at the Lake of the Ozarks

Summer is well underway at the Lake of the Ozarks, and this month is packed will fun events the entire family can enjoy. From the 4th of July festivities to big concerts, you're sure to have a great time at the Lake if you come stay with us at our Lake of the Ozarks resort during the month of July. Keep reading to learn about all the fun upcoming events! 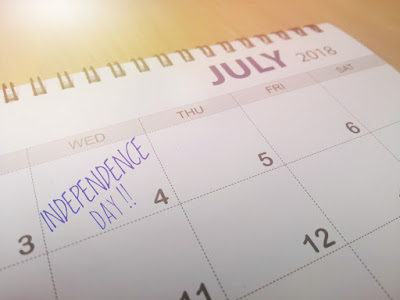 
Multiple venues across the Lake of the Ozarks area will have fireworks starting Saturday, June 30 through Saturday, July 7th. Many of these firework displays can be viewed from your boat on the water, while other events are taking place on land with food and children's activities too. For all locations and times for the 2018 Independence Day firework displays, click here.


"Party in the Sticks" with Jamey Johnson - July 6


Join us for the Ozarks Amphitheater's own "Party in the Sticks" with Jamey Johnson and special guests Craig Campbell and Stoney LaRue on July 6. Doors open at 6 PM and the concert starts at 7 PM. For more information or to purchase tickets, visit: www.OzarksAmp.com.


Hot Summer Nights is a classic vehicle cruise and family night on the Bagnell Dam Strip that happens once a month. The event runs from 6-11 PM, rain or shine. Admission and participation are both free. All makes and models of cars, trucks and motorcycles will line the Strip and cruise around for your viewing pleasure. This kid-friendly event also offers games, activities, live entertainment and more!


Head over to the Ozark Amphitheater for an evening with Free Fallin', an unbelievable tribute bands to the legend Tom Petty, with special guests Sushi Roll, the hottest party band in Chicago. Doors open at 6 PM and the concert starts at 7. For more information or to purchase tickets, visit: www.OzarksAmp.com.


The Lake's largest family boating event will be held on July 21st this year! Everyone is invited for a boat day on the water featuring live music and activities to keep you entertained all day. Jump on your boat and head over to Dog Days Bar & Grill at the 19 mile marker for Aquapalooza 2018 from 12-5 PM. This year's artist line-up includes: Chad Bearden, The i-Berrys, Ryan Collins Band and Goddesses of Rock!


It's fair time at the Miller County Fairgrounds in Eldon, Missouri on July 24-28. Come out for live music, figure 8 racing, a demolition derby, a rodeo, truck and tractor pulls, youth livestock shows, the 4-H & FFA Exhibit Hall and a carnival! For more information on this family-fun event, visit: www.MillerCountyFair.com.

Book your reservations with us today and come stay with us during the month of July! Call 573-348-5073 to book your stay at our waterfront resort at the Lake of the Ozarks. We can't wait to host you at the beautiful Lake of the Ozarks this season!

When you're searching for accommodations at the Lake of the Ozarks, what's the first thing you do? Look at online reviews! Most people base their decision on what other people have to say about their stay at a certain place. We know that Summerset Inn Resort is the best waterfront resort at the Lake of the Ozarks, but don't just take our word for it. Check out what some of our guests had to say about their stay with us below. 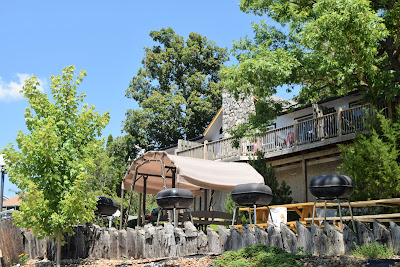 "What a great place on the Ozarks. The suite was clean and organized. And what a serene view! The owners are a nice friendly couple. Loved the pool! Did I mention the price?! We will be back soon." - Erica C. Leone

"We have been staying at Summerset for over 25 years, and I must say that for a quiet, peaceful, and relaxing Lakeside Resort, there's none better on the Lake. They have always been accommodating and cheerful. Don't think you could find a better spot for a relaxing stay at Lake of the Ozarks." - Clen Carey

"It was awesome I loved swimming And the view of the lake was astounding." - Emily

"Nice resort with view of the water. Close to dog days for some food and drinks after a day golfing." - Levi Van Oort

"Been coming here for 45 years when there were only two one-room units. Watched it being built from the ground up. Awesome place to stay and awesome owners and help." - Lois Call

"Nice, quiet, clean and has a beautiful view of the Lake" - Alison Copeland

"We had the best time here!! The lake was right in our front yard!! Met so many nice people staying there as well! Nice pool, awesome location! My favorite visit to the Lake of the Ozarks yet!!" - Stephanie Ann


Book Your Stay at Summerset Inn

With all these great reviews, why wouldn't you choose to stay at our Lake of the Ozarks resort? Whether you're bringing your spouse for a quiet weekend at the Lake or the entire family for a week-long summer vacation, Summerset Inn Resort is the place to stay! Book your reservations with us today by calling 573-348-5073. We hope to see you soon!

Posted by Summerset Boat Lifts at 9:34 AM No comments:

How Father's Day is Celebrated Around the World

A day to celebrate fathers and grandfathers has become commonplace in most countries around the world. In today's blog, your favorite Lake of the Ozarks resort thought it would be fun to share with you some of the traditions and ways that Father's Day is celebrated in countries around the globe. 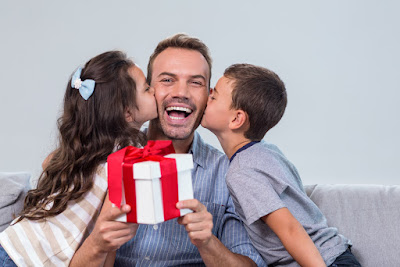 
In Russia, the Father's Day equivalent is a celebration that evolved from a military commemoration to an unofficial tribute to all men. Known as Defender of the Fatherland Day, this holiday is celebrated on February 23 each year. Parades celebrate the Russian Armed Forces and men can expect to receive small gifts from the women in their lives.


In Mexico, a variety of festivities accompany all holidays, including Father's Day. Though not an "official holiday," on the third Sunday in June, Mexicans give gifts to their fathers and celebrate with food and music. Some also participate in the 21 kilometer race in Mexico City, the “Carrera Día del Padre 21K Bosque de Tlalpan.” 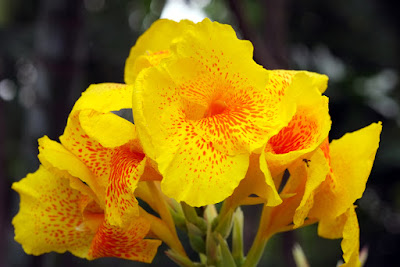 
In Thailand, Father's Day is celebrated on December 5th, the birthday of the widely admired King Bhumibol Adulyadej. On this day, the King gives an annual speech, and tradition has it that Thais give their fathers and grandfathers the Canna flower, which is considered to have a masculine association.


The Germans do Father's Day a little differently. On the 40th day of Easter, Ascension Day, German men have the tradition of organizing hikes and other gatherings to celebrate fathers. They make sure that these events are well-supplied with food and alcohol. This holiday is known as Vatertag.


In Brazil, Father's Day is called Dia dos Pais, and this holiday is all about the meat. Families father together for barbeques, known as churrascos, either at home or at a Brazilian steakhouse, a churrascaria. It is celebrated on the second Sunday of August each year.


Father's Day in Japan is known as Chichi No Hi, and is celebrated on the 3rd Sunday in June. This is a time when children present their dads with homemade gifts ranging from origami to beer glasses or sweets. The meal is usually celebrated by serving seafood, most commonly crab and prawns. 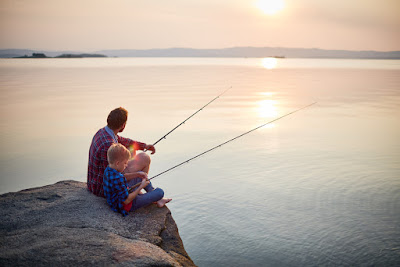 
In South Africa, Father's Day is celebrated similarly to the U.S. holiday. On the 3rd Sunday in June, children present their fathers with gifts and cards. They also spend the day fishing in hopes of catching something for dinner. If fishing it not their forte, many families spend the day picnicking instead.

Summerset Inn Resort would like to wish all the fathers and grandfathers out there a very happy Father's Day weekend! Whether you're spending this time here with us at the resort or somewhere else, we hope you have a wonderful time with family and friends.

Posted by Summerset Boat Lifts at 9:35 AM No comments:

Email ThisBlogThis!Share to TwitterShare to FacebookShare to Pinterest
Labels: best waterfront resort at Lake of the Ozarks, Father's Day Traditions, How Father's Day is Celebrated Around the World, lake of the ozarks resort
Location: Osage Beach, MO 65065, USA

Summer is well underway, and families across the country are planning their summer vacations! If you're thinking about vacationing in the Midwest this summer, there's no better place to bring the family than Summerset Inn Resort in the beautiful Lake of the Ozarks! Keep reading to learn more about the benefits of staying at our waterfront resort at the Lake of the Ozarks. 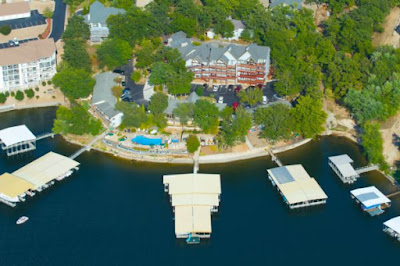 1. Our Resort is Centrally Located and On the Water.


While the Lake of the Ozarks is centrally located in the Midwest, making it the perfect meeting places for families traveling from other areas, the resort is also centrally located in the heart of the Lake of the Ozarks. When you choose to stay with us, you're close to everything you could want to do at the Lake. From shopping and dining to golf and children's attractions, you're just a short drive away from it all. In addition, our resort is located right at the water's edge, allowing easy access to the boat you brought or one you've rented for a day of fun on the water. Ask about booking a boat slip along with your room when you call to make your reservations! 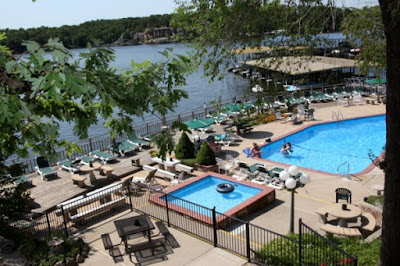 2. We offer the Best Resort Amenities Without the Big Price Tag.


Enjoy the amenities of a five-star resort without the price tag or the crowds. Bigger isn't always better, and our small resort at the Lake of the Ozarks proves just that. When you choose to stay with us, you'll likely spend less than you would at one of those big resorts, but you can still take advantage of great amenities. Take a dip in our lakeside pool or lounge out on the deck to soak up some sun. Our BBQ area is perfect for gathering with family and friends over a delicious meal outdoors. In addition, most of our units offer kitchenettes where you can prepare meals. Most other resort units don't offer that! There's also just something special about a small resort that makes you feel right at home, which is just what you need for a relaxing vacation. 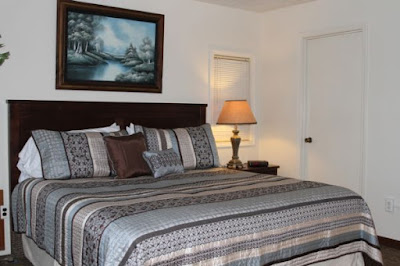 3. Our Accommodations Meet the Needs of Any Group.


At Summerset Inn Resort, we offer a variety of accommodations to meet your needs. From single units up to 5-bedroom condo-like accommodations, we've got something to meet the needs of any size group. Whether you're looking for a quiet weekend away or a week-long summer vacation, we've got you covered with a place the entire family will be able to enjoy. There's no other resort at the Lake of the Ozarks that's more family-friendly than ours!

Book your reservations at our Lake of the Ozarks resort today by calling 573-348-5073. When you choose to stay at Summerset Inn Resort, you'll find that here, you'll make great friends and great memories. We hope to see you soon at the beautiful Lake of the Ozarks, Missouri!

Posted by Summerset Boat Lifts at 3:10 PM No comments: