From the cards and candy to cupid and romance, Valentine's Day is celebration of LOVE that's been around for centuries. Each year people celebrate this holiday by spending time with loved ones, and giving gifts to each other to profess that love. Keep reading to learn about some of the traditions and symbols associated with Valentine's Day. 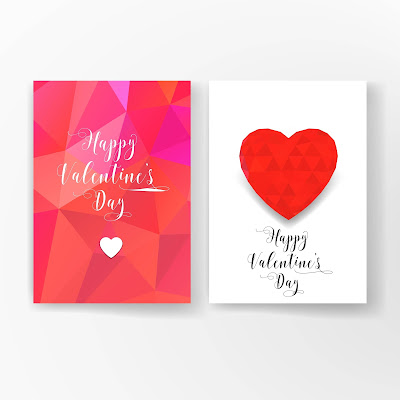 
One of the most popular Valentine's Day traditions, especially among school-aged children, is a card exchange. While many holidays feature the exchange of cards, Valentine's Day is a little different. While people often get regular-sized romantic greeting cards for their significant other, the Valentine's Day cards exchanged at school are small and often feature children's cartoons, animals, etc. and a cute saying about love or friendship. Sometimes these cards even include candy. Children often decorate Valentine's Day boxes to collect their valentine's from all their friends and classmates. How did this tradition come about? Valentine's greetings date back to the Middle Ages, when suitors would sing or recite a romantic verse to their love. The earliest known Valentine's message was sent in 1477 in the form of a letter penned by one Margery Brews to a John Paston, who she described as "my right well beloved Valentine." However, it wasn't until the 1500s that written Valentine's messages were exchanged in Europe. By 1723, these messages became more common and were usually in the form of a written note with a special verse or religious saying on pretty paper. It wasn't until the Revolutionary War that Valentine's Day cards gained popularity in the United States. 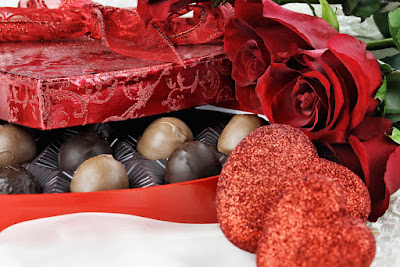 
What's a holiday without some candy? For Valentine's Day, the shelves are stocked with red and pink candies. On this holiday, you can't go wrong getting that special someone a box of chocolates. Giving and receiving chocolate has become one of the most popular ways to commemorate this day of love. According to History.com, 58 million pounds of chocolate are purchased during Valentine's Day week alone. The connection between love and chocolate is not something new. The first recorded link dates back to the Aztecs, when the infamous emperor Montezuma was rumored to have popped cocoa beans like M&Ms in order to fuel his romantic trysts. During the Victorian era in England, it was almost instinctual that a men knew chocolate was the way to a woman's heart. Victorian etiquette books even warned women about accepting a box of chocolates from someone they weren't engaged to. Times have obviously changed though, and chocolates are a welcome gifts for pretty much everyone (unless you don't like chocolate) on Valentine's Day. [Roses, wine and jewelry are also great go-to's for Valentine's Day gifts.]

Aside from chocolate candies for your lover, many children pass out candy with their Valentine's cards. One popular piece of candy we see every year in February is the conversation hearts. The first "Sweethearts" were created in 1866 by Danial Chase, when he devised a machine to press food dye letters onto the candy lozenges made famous by his bother and NECCO founder Oliver. From mid-February to January, the company produces about 100,000 pounds of this iconic candy, adding up to more than enough for everyone to enjoy on Valentine's Day. In fact, Sweethearts is the best selling Valentine's Day candy, surprisingly even better than a box of chocolates. 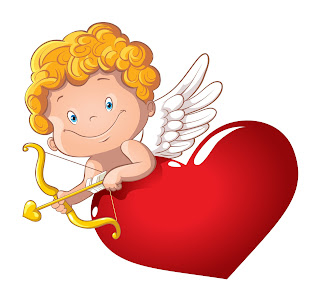 Cupid and His Arrows


Valentine's Day would not be complete with out cupid, the most recognized symbol of love. In Roman mythology, Cupid is the son of Venus, the goddess of love. According to legend, Cupid fell madly in love with Psyche, despite his mother's jealousy of her beauty. According to the story, Psyche was told not to look at Cupid because she was mortal and he was a god. When her sisters talked her into looking at him, Cupid left her as punishment. She wandered aimlessly searching for him when she stumbled upon the temple of Venus. Venus gave her tasks to complete, each harder than the next. Her final task was to deliver a box to the underworld. She was advised not to open it, but her curiosity got the best of her, and she opened it to find nothing but deadly slumber. Cupid still loved Psyche, and as he came upon her lifeless body, he forgave her. Moved by Cupid's love, the gods then turned her into a goddess and they lived happily ever after. Now the most common part of the story that you may have heard, if he shoots you with one of his arrows, you too will live happily ever after. Today, he is depicted as a winged baby with a bow and arrows. The arrows signify desires and human emotions of love

Happy Valentine's Day from Summerset Inn Resort! We hope you have a wonderful day, filled with love and romance. To keep those feelings lasting all year long, why not book a romantic getaway to the Lake of the Ozarks? Spring is just around the corner and we will be opening up for the season. Book your reservations at our Lake of the Ozarks resort today by calling 573-348-5073.

Posted by Summerset Boat Lifts at 4:32 PM No comments: